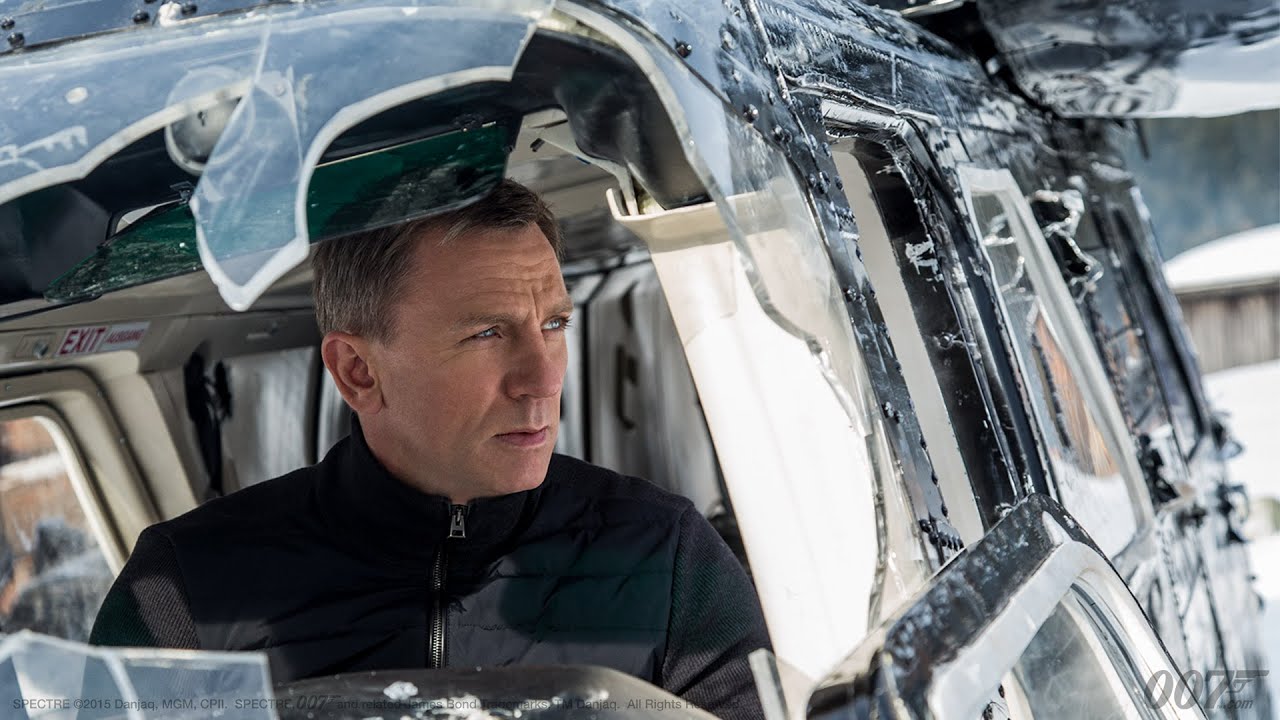 “You are a kite dancing in a hurricane Mr. Bond,” warns a dying villain. The delivery is meant as a curse, but I felt it summed up Spectre as a film. The plot wanders, Bond seems lost and everything we liked about the new Bond films seems to be forgotten in the name of throw back references to old 007 adventures.

I’d heard that Spectre represented a low point in the Daniel Craig era. In the movie’s defense, the things that bring the movie down are the very aspects of the films which are “Bond-y”. The evil super villain possesses a secret base replete with chrome walls and black clad henchmen. 007 himself behaves in true Bondish-ness during several high speed chases, like when he pursues a fleet of armored cars in an airplane, a plane which he slowly turns into a flaming sled by knocking off the wings on his descent down the mountain. It’s a bombastic type of spectacle we’re not used to seeing in Bond movies anymore.

And maybe we don’t want to see it. In 2006 Casino Royale hit theaters and viewers were greeted with a more stoic, less scrupled Bond who didn’t even much care how his martini was prepared. In Spectre that new Bond is forgotten for one who utters pithy one liners while wandering aimlessly from one explosive set piece to another.

Even the villain is a stock Bond nemesis. Where as Le Chiffre, the villain in Casino Royale, used an improvised broken chair in the belly of an oil tanker as his torture device, Spectre’s big bad uses a high-tech chrome throne with animatronic drill arms. When finally the villain’s true identity is revealed I involuntarily rolled my eyes. As someone who grew up in the late eighties and nineties my memory of this villain is not the original but the Mike Meyers spoof, Dr. Evil.

The Daniel Craig Bond movies shined because they managed to distance themselves from the tropes of the series. In Spectre we once again are given a Bond with a gadget watch.

Christoph Waltz, as the villain, is perhaps the most disappointing part of the movie. Deep in his secret base when he’s supposed to be giving a scary monologue to Bond and Lea Seydoux, and I was reminded of the scene in Inglorious Basterds that Waltz and Seydoux share, and it made Waltz’s Oberhauser seem even flatter and sillier.

The movie isn’t all bad, and it does possess some spectacular set pieces, costumes and action but I walked away with a dying character’s words echoing in my ears, “A kite dancing in a hurricane.” The film was the kite, and the plot was as mindless as a storm.